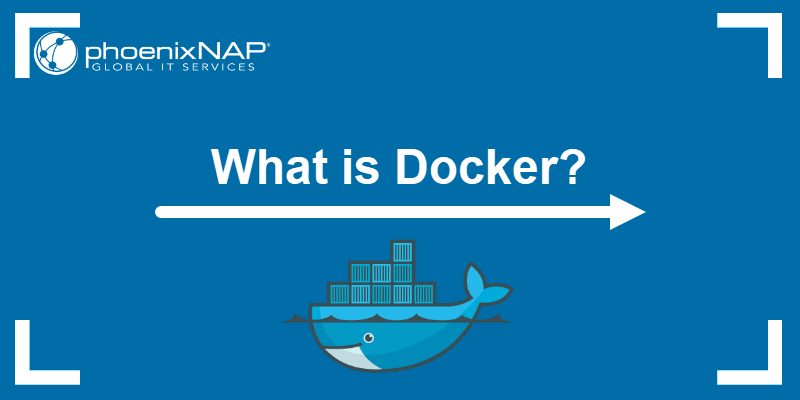 Docker is one of the most popular container-based platforms attracting the attention of many development teams. More and more companies are switching to Docker due to its reliability, performance, and functionality.

Therefore, it is essential to understand this open-source containerization software and the underlying components powering it.

In this article, you will learn what Docker is, what are Docker’s most important components, and the pros and cons of using the platform.

It is mainly used as a software development platform for developing distributed applications that work efficiently in different environments. By making the software system agnostic, developers don’t have to worry about compatibility issues. Packaging apps into isolated environments (containers) also makes it easier to develop, deploy, maintain, and use applications.

Since Docker utilizes virtualization to create containers for storing apps, the concept may seem similar to virtual machines. Although both represent isolated virtual environments used for software development, there are important differences between containers and VMs. The most crucial distinction is that Docker containers are lighter, faster, and more resource efficient than virtual machines.

Installing Docker is simple. For step-by-step instructions, check out:

Docker containers are lightweight virtualized runtime environments for running applications. Each container represents a package of software that contains code, system tools, runtime, libraries, dependencies, and configuration files required for running a specific application. They are independent and isolated from the host and other instances running on the host.

Containers are based on Docker images. You build a container by running an image on the Docker Engine. As these are the most common Docker terms, make sure you understand the difference between Docker images and Docker containers.

The same hardware can host multiple containers. Unlike virtual machines, containers virtualize at the application level. Therefore, they share the OS kernel with the host and virtualize an operating system on top of it. This means you use less resources and maintain lightweight virtual environments that are quick and easy to configure.

Apart from being system agnostic, containers are quick and easy to start up, configure, add, stop, and remove. Developers can work on the same application in different environments knowing this will not affect its performance. Additionally, they can share data between containers using data volumes.

What Is Docker Used For?

Docker is used for:

Additionally, it is used as:

A Brief History of Docker

Docker was introduced as an open-source project in March 2013 at PyCon. Before focusing on containers, the project started as a Platform as a Service solution called DotCloud, in 2008. However, many developers showed great interest specifically for the underlying technology of DotCloud – software containers.

Since then, Docker has been drawing attention of many technology providers and high-profile companies.

The tool consists of multiple components, each playing an important role in the platform.

The Docker Engine (DE) is installed on the host machine and represents the core of the Docker system. It is a lightweight runtime system and the underlying client-server technology that creates and manages containers.

Docker images are templates used for building containers. Like snapshots for virtual machines, Docker images are immutable, read-only files that consist of the source code, libraries, dependencies, tools, and any other files necessary for running an application. Each image is created from a Dockerfile, which contains specific instructions for building a particular Docker image.

Once you master creating Docker images from Dockerfiles, you can build images and custom containers simpler and faster.

Apart from speeding up Docker builds, images are also useful for increasing reusability and essentially decreasing disk use. Since you want to keep your containers lightweight and fast, it is vital to maintain small images. Utilizing a lighter image base, avoiding unnecessary layers, and using the .dockerignore file are just a few ways of keeping your Docker images small.

A Dockerfile is a script that consists of a set of instructions on how to build a Docker image. These instructions include specifying the operating system, languages, environment variables, file locations, network ports, and other components needed to run the image. All the commands in the file are grouped and executed automatically.

An image has multiple layers. Once you run a Docker image to create a container, a new read-write layer is added. This is sometimes referred to as the container layer. The additional layer allows you to make changes to the base image, which you can commit to create a new Docker image for future use. 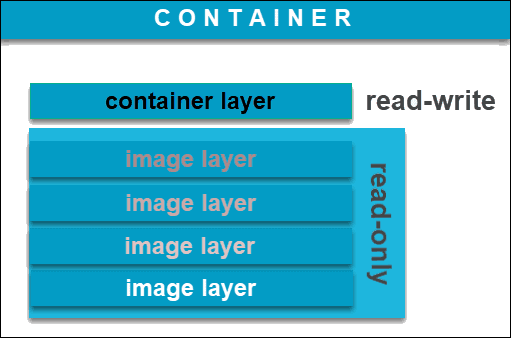 Docker Hub is the largest cloud-based repository of container images provided by Docker. It supplies over 100,000 images available for use created by open-source projects, software vendors, and the Docker community.

The platform allows you to ship your applications anywhere quickly, collaborate with teammates, and automate builds for faster integration to a development pipeline.

Like GitHub, developers push and pull container images from Docker Hub and decide whether to keep them public or private. 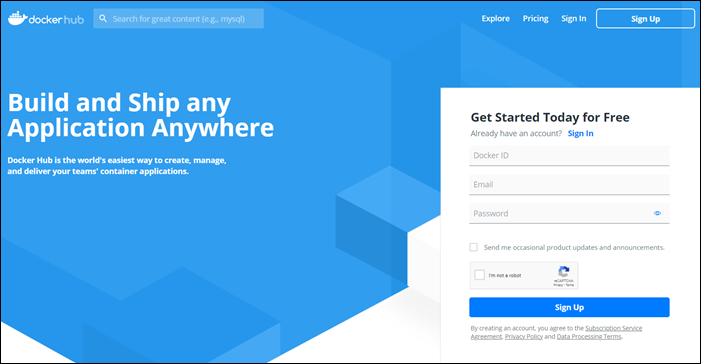 Instead of adding new layers to an image, a better solution to preserve data produced by a running container is using Docker volumes. This helpful tool allows users to save data, share it between containers, and mount it to new ones. Docker volumes are independent of the container life cycle as they are get stored on the host.

There are different ways to create and mount a Docker volume while launching a container. Learn more in Docker Volumes: How to Create & Get Started.

Docker Compose is used to launch, execute, communicate, and close containers with a command. This is done using a YAML file which configures the application’s services.

Docker Desktop, formerly known as Docker for Windows and Docker for Mac, is an application that allows you to start creating and running containers on Windows and Mac within minutes. It is a simple way of installing and setting up the entire Docker development environment. It includes Docker Engine, Docker Compose, Docker CLI client, Docker Content Trust, Kubernetes, and Credential Helper.

The tool is used for building and sharing containerized applications and microservices in multiple languages and frameworks, on any cloud platform.

In this article you learned all about Docker, why it is useful in software development, and how you can start using it. Make the most of Docker’s advantages and utilize this powerful containerization platform.